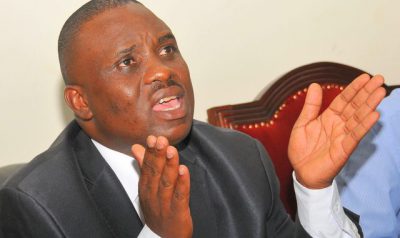 Kampala Capital City Authority (KCCA) Lord Mayor Erias Lukwago has declared 2019 a year with a call to Public Service Commission to come up with a substantive Executive Director for approval by the President as required by the law .

Addressing the media at City Parlor in City Hall, Lukwago explains that KCCA is in a sole state after having several technical positions vacant following the resignation of some directors together with the illegal appointment of the acting ED.

According to him, the vacant positions are ED, Deputy ED, director revenue, and Treasury services, Public Health and Environment, Legal, Physical Planning and Deputy Director Education.

Lukwago further quotes 2017/18 KCCA Accounts Committee report allegedly received from the Parliamentary Public Accounts Committee (PAC) saying that the authority has 742 staffs who were employed through the back door from a total of 1133 employers.