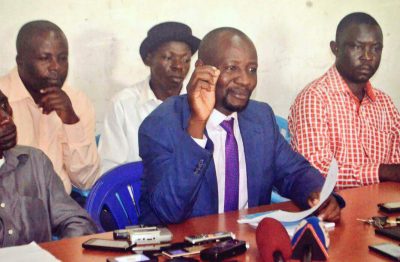 Legislators have warned that without an independent commission of inquiry led by a full judge has been appointed to audit the Uganda Police Force; the country will continue to experience organized criminality including assassinations of politicians among other leaders.

In an interview with Rubaga North Member of Parliament Moses Kasibante, even if the former IGP General Edward Kale Kayihura is charged for the offences he committed while in office, he committed them as a person, the force still has a lot of challenges that must be address.

The Forum for Democratic Change FDC party spokesperson Ibrahim Ssemujju Nganda while addressing the press at their headquarters in Najjanankumbi said judicially should audit Gen. Kayihura’s 13 years of operations and his allies if those who suffered under their mandate are to get justice.

Kayihura who was arrested on June 13th and airlifted from his farm in Kashagama, Lyantonde district is still held at Makindye Barracks according to the statement by Brigadier Richard Karemire, which his always Caleb Alaka and Evans Ochieng oppose because they have been denied access to him since he was transferred to Makindye on June 14th 2018.