LDU soldier kills four under the influence of alcohol- Police. 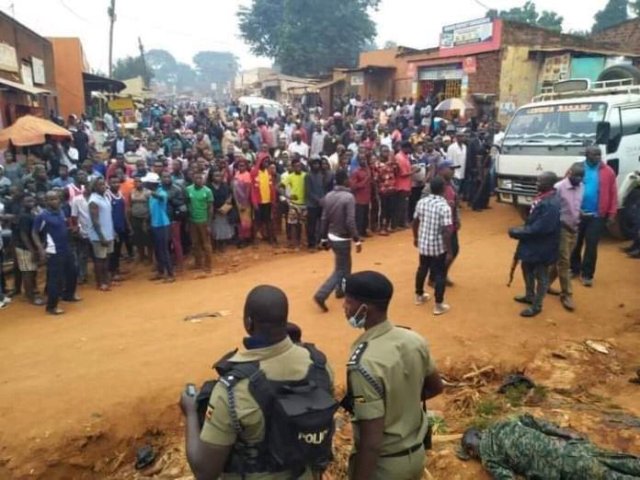 Kampala Metropolitan police has embarked on investigations against the motive of shooting by the Local Defence Unit (LDU) Officer that left four people dead and three injured this morning at Ganda village in Kyebando Parish, Nansana Sub county Wakiso district.

The Kampala Metropolitan Police Spokesperson Patrick Onyango says they have established that the suspect fired 18 bullets and he was later shot dead by police officers. All the bodies have been taken to Mulago City Mortuary for postmortem. Those injured include a Police Constable David Ochen, two other civilians that are yet to be identified although they were rushed to unknown clinics.

Meanwhile, the Uganda Peoples Defence Force (UPDF) Deputy Spokesperson Deo Akiiki has issued a statement condemning the action as being an outrageous saying that the army is working with police and other security agencies into the ongoing investigations and extends its condolences to the families of the deceased.

The UPDF 1st Infantry Division Commander, Major Gen Samuel Kawagga reached at the scene and and regretted the incident.

Previous:
Court sets date to decide on the mandatory registration of journalists.