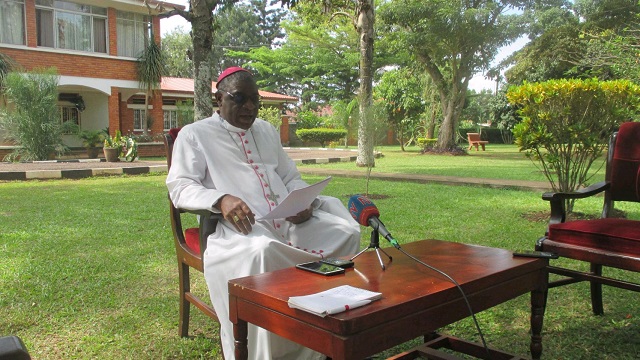 Kasana-Luweero Catholic Diocese is mourning the death of the Kakooge Parish Treasurer Clement Bagatuzayo who has succumbed to Covid-19 at the age of 73.

He was a resident of Kyeyindula village in Kakooge Town Council in Nakasongola district.

The deceased became a Catechist in 1983 and later the Leader of the Laity in Kakooge Parish, in Nakasongola Deanery.

At the time of his demise, he had retired both as a Catechist and a Leader of the Laity, as he was only serving as the Treasurer.

His successor as the Leader of the Laity in Kakooge Parish, John Mayinja has described him as a humble servant with a remarkable service he rendered to Kakooge Parish.

Mayinja says the deceased had an operation but his condition worsened after he lately contracted Covid-19 and was bedridden at St. Franciscan Health Centre Kakooge.

The Vicar General of Kasana-Luweero Diocese who is also the Director of Catechists, Msgr. Francis Xavier Mpanga, has described Bagatuzayo’s death as a big blow, noting that he was a committed servant from whom many young Catechists sought advice.