Justice Simon Byabakama and the team to meet parliament. 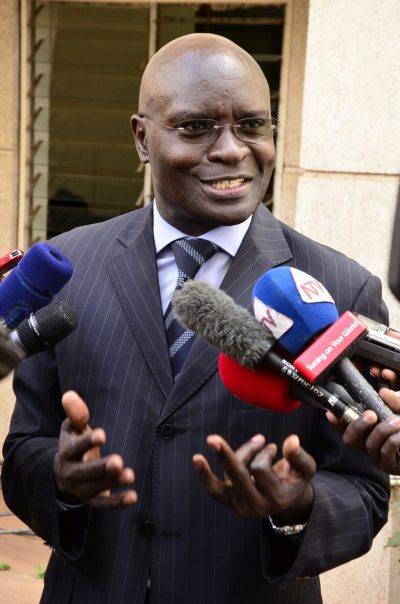 The legal and parliamentary committee of parliament is set to hear from the stakeholders and the Electoral Commission on the scientific electoral revised roadmap for the 2021 general election released on June 16th 2020.

EC in their revised roadmap opted for scientific campaigns where the contestants will be required to use only media to sell their manifestos to the electorate as a way of preventing the spread of COVID-19, which was contested by the members of parliament prompting the speaker to refer the matter to legal and parliamentary committee for investigations.

Speaking to the chairperson legal and parliamentary committee of parliament who is also the west Budama county legislator Jacob Oboth Oboth said that starting tomorrow they are to engage with the electoral commission to give their views on the revised roadmap.

Oboth Oboth noted that after they are going to engage other stakeholders including the Inter -religious council, former presidential candidates who intend to contest again and the Buganda kingdom legal committee to give their views.

Yesterday the Katikiro of Buganda Charles Peter Mayiga while speaking to the great Buganda Lukiiko during the passing of the kingdom budget noted that the electoral commission would have consulted different stakeholders before announcing the revised roadmap for the 2021 general elections.

Previous:
All Ugandans from foreign countries test Positive of COVID-19.