Justice Catherine Bamugemereire winds up her commission of inquiry 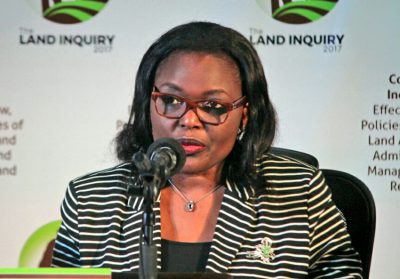 Lady Justice Catherine Bamugemereire, the chairperson of the Land Commission of Inquiry said the Commission of inquiry investigated 7,767 cases saving government about One Trillion shillings which could have been lost in compensating claimants on government land.

They saved the government from incurring significant financial loss include 100 million Shillings in Isimba Hydro Power Project in respect of claims for compensation for a rock” she stated, adding that another 132 billion Shillings not yet allocated was also halted and is pending court proceedings.

Addressing the Press at the end of the final public hearing this afternoon, Justice Bamugemereire said the land question in Uganda remains unanswered even after many months of work.

“The Commission of Inquiry was able to complete tasks which the judicial system couldn’t ordinarily perform including getting the judge to investigate the case against itself,” she stated.

She said the Commission of Inquiry recommends the adoption of the traditional methods of dispute resolutions involving mediations.

Previous:
Journalists ready for the next cause of action