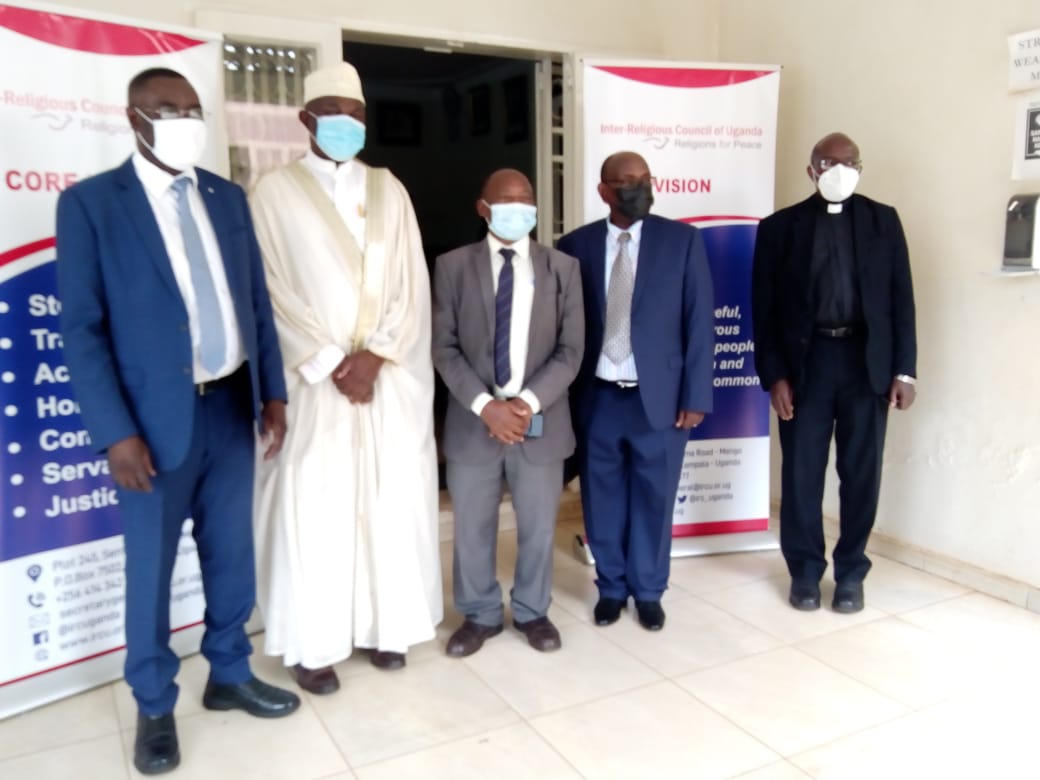 Religious Leaders under their body the Inter Religious Council of Uganda- IRCU have broken silence about the recent double suicide bomb attacks in Kampala by condemning the actions and those linking the terrorisms to religions.

Addressing an urgent press conference at their headquarters in Rubaga, today the IRCU Board Chairman Msgr. Charles Kasibante says that interrogations on these culprits shouldn’t violate human rights but ensure that they disclose the exact motive of these attacks.

Police arrested at least 22 suspects in connection with deadly suicide bombings that left about three people dead and injured 33 others last week.

Msgr. Kasibante who is also the Vicar General of Kampala Catholic Archdiocese calls on the security forces to handle the terrorism issue with all the due diligence.

Sheikh Muhammad Ali Waiswa, the Second Deputy Mufti of the Uganda Muslim Supreme Council – UMSC opposes all allegations attacking terrorism attacks in the country to religions saying that those behind these actions operate as a group or individuals.

Dr. Joseph Sserwadda, the Presiding Apostle of the Born Again Faith in Uganda condemns those that have developed feelings of attacking Namirembe Cathedral over the ongoing security arrests of certain categories of suspects in connection to the attack, saying such allegations should stop because they might cause violence in the country.