IPOD concerned over violence and intolerance during elections. 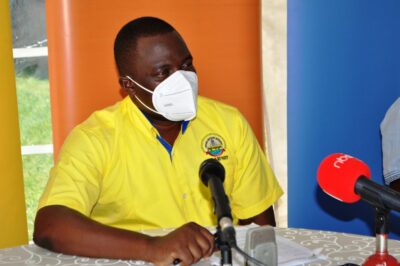 The Inter-Party Organization for Dialogue (IPOD) has condemned the increasing levels of violence and intolerance among political actors and voters especially in the periods preceding elections.

Reports about incidents of violence including loss of lives in the ongoing primary elections especially in the ruling National Resistance Movement (NRM), is highly regrettable and no Ugandan should die while exercising his or her right to participate in democratic processes, Muhammed Katerega the Secretary General of Justice Forum (JEEMA) on behalf of IPOD chairman, said.

Katerega called upon fellow leaders and supporters to desist from all forms of electoral related violence because it undermines the country’s democracy and puts the lives of the citizens at risk.

The IPOD urged all political actors to respect the recently passed political parties and organizations’ amendment act, (2020) which prohibits members, supporters or other persons affiliated to any political party against engaging, encouraging or even involving themselves in violence.

In the same way, Richard Todwong the Deputy Secretary General of the NRM said the party is investigating the reported cases of violence that took place during the recently concluded party primaries and punitive actions are going to be taken against the perpetrators.

Previous:
Government should not be misled to open schools soon.