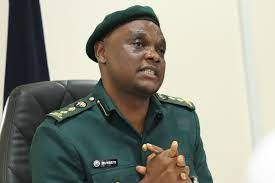 The Ministry of Internal Affairs is planning to destroy all produced passports which remain unpicked at Kyambogo passport collection office due limited storage.

Simon Peter Mundeyi, the Ministry’s Spokesperson says that about 30,000 passports have remained unpicked at the Kyambogo passport collection center despite various announcements calling for their rightful owners to pick them.

He says that the passports to be destroyed are those that have spent more than one year in the storage stores without being picked by owners.

Meanwhile, Mundeyi also revealed that it’s now mandatory for all migrant workers to first undergo a medical check up to see whether they have all internal body organs before they leave the country for External labor as recommended by the Ministry following cases where  migrant workers who return from abroad claim to have had their internal body organs removed  unknowingly.