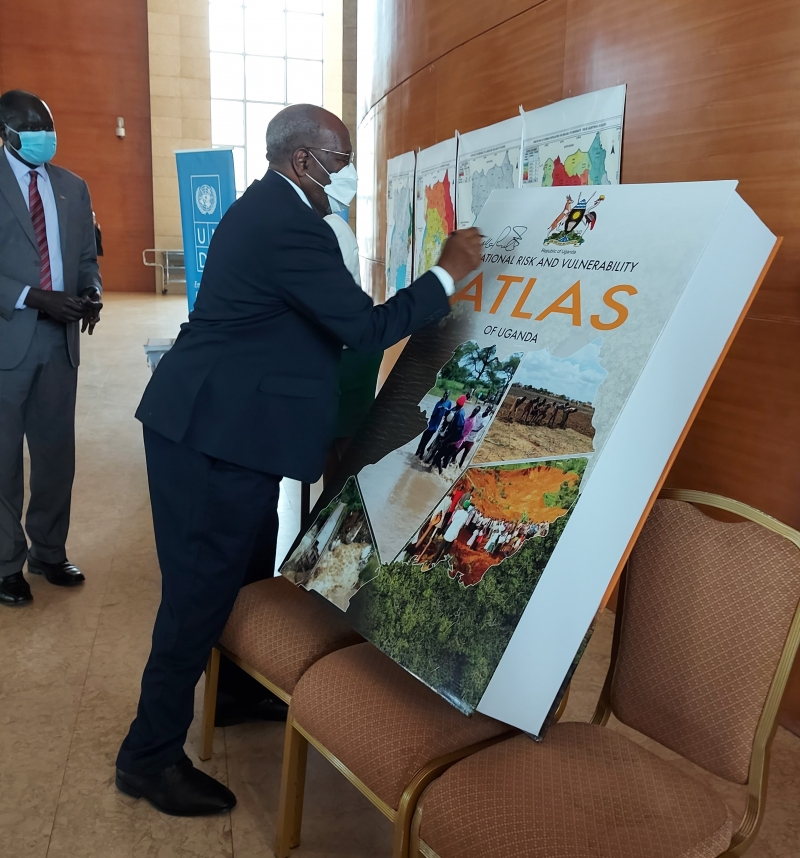 The Prime Minister Dr. Ruhakana Rugunda has today launched the first ever National Risk and Vulnerability Atlas of Uganda.

The atlas provides data on various disasters the country is facing indicating vulnerability of various communities and offering recommendations to enhance resilience of these communities.

Speaking at the launching ceremony held at the Office of the Prime Minister in Kampala on Tuesday, Dr.  Rugunda said the country is among the highest disaster prone areas in the world ranked 14th and 48th least ready.

He notes that the various disasters suffered in the country have undermined government’s efforts towards attainment of vision 2040. It’s estimated that about 2,718 Ugandans have lost lives to landslides, 10,458 houses lost due to earthquakes with 5 million people lost due to drought among others with districts of Bududa, Bundibugyo, Kasese, Manafwa and Karamoja the worst affected.

The State Minister for Relief, Disaster Preparedness and Refugees, Eng. Hillary Onek said they want a separate budget than depending on a contingency fund provided by the ministry of finance if they are to respond to disasters such as drought, Earthquakes, floods, Hailstorms, landslides, lightening and windstorms.

Meanwhile the UNDP country representative Elsie Attafuah noted that if disasters are not addressed, they slow down a country’s development, pledging continued support towards capacity development for disaster management.