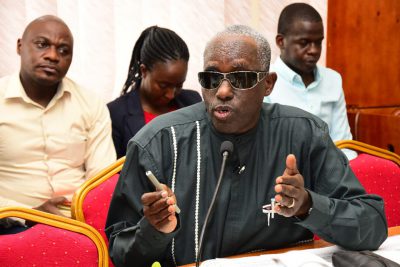 The two had been summoned by the parliamentary committee on Human Rights together with the security minister Gen Elly Tumwine to answer to the allegations of torture in safe houses by their security agencies.

However the two didn’t appear instead their boss Gen. Tumwine appeared saying they were busy on security matters and worse still the summons lacked specifics that needed their presence in the committee advising the committee to think otherwise.

On the issue of violation of Human Rights by security agencies, Tumwine assured the committee that they have apprehended, disciplined, and expelled the errant officers and government is carrying out reforms in ISO/Security because the NRM government does not condone torture.

Tumwine has also challenged committee members of the worst scenario they experienced when they took a spot on visit to some safe houses without permission saying to avoid embarrassment they should seek permission another time.