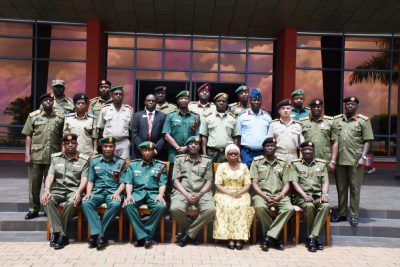 The Chief of Defense Forces David Muhoozi has applauded the Tanzania army for helping Uganda liberate itself from the bad leadership of former president Idi Amin Dada.

He noted, the need to maintain close cooperation between Uganda and Tanzania, which is premised on the fact that both countries share a lot in common.

Amin died in Jeddah in Saudi Arabia in 2003.