Francis Xavier Kitaka a staunch catholic and businessman will be buried scientifically. 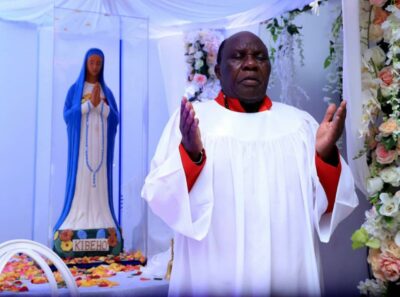 The family of the late business man Francis Xavier Kitaka has issued the program for his farewell that will be virtual or scientific.

On Monday Sept. 14, to Thursday there will be online masses at 5.00pm to pray for the deposed soul. On Friday requiem mass will be held at Rubaga Cathedral starting at 2.00pm and burial will be on Sunday at Bunamwaya in Wakiso District at 11.00am with only restricted private members to attend the burial that will be scientific fully managed by the Ministry of health Covid-19 burial task team.

Francis Xavier Kitaka 86, one of the founding directors of Quality Chemical Limited, the firm that later partnered with the Indian giant Cipla to form pharmaceutical manufacturing company CiplaQCIL, that came in to start manufacturing ARVs is said to have died of Covid-19.

Kitaka was born in 1935, in a family of six siblings, to Celestino Mayambala Musoke and Monica Musoke. He started school in 1944 at Rubaga Primary School, In 1948 Kitaka joined Bukalasa Minor Seminary, but was expelled in 1950, for wearing bathroom sandals to Church.

In 1951, he was admitted to Rubaga Boys’ Secondary School, where he sat his middle school examinations in 1952. He joined St. Mary’s College Kisubi in 1952 and left in 1954 after sitting his O-Level examinations (Cambridge Ordinary School Certificate Examinations).

In 1955, he was admitted to the Faculty of Science at Makerere University for the intermediate course for two years. This was equivalent to Advanced Level (A Level) studies. In 1957 Kitaka joined the Department of Veterinary Medicine, to study for the Diploma in Veterinary Medicine, which he obtained in 1958.

In 1961 he received a scholarship from the Government of Uganda to study Biochemistry at the University of Aberdeen in Scotland and upon graduation, Kitaka became the first African biochemist in East Africa.

In 1961, prior to his departure for Scotland for further studies, he worked at the Animal Health Research Centre in Entebbe. While in Scotland, he worked at Rowett Research Institute in Aberdeen for eight years, before returning to Uganda in 1968.

Upon his return, he worked at the Tick Control Department in the Ministry of Agriculture, as an Entomologist.

In 1972, Kitaka joined Wellcome Uganda Limited, as the sales manager which they later bought in 1989 along with his two other colleagues and renamed it Cooper Uganda Limited, including the building in 1994 rebranding it into MTK Holdings Limited, representing the first letter of each of their last names.

In 1997, with three more investors; Mr George Baguma, Mr Frederick Kitaka and Mr Emmanuel Katongole, the group of six investors created Quality Chemicals Limited (QCL), a company whose initial objective was to import generic drugs, both veterinary and human into the country.

They convinced Cipla to build a factory to manufacture ARVs in Uganda.

Kitaka has been a serious religious member in the Roman Catholic Church and has supported or built churches, grottos and church activities.

May his soul rest in peace.

Previous:
Disaster preparedness should be supported with UGX 66 billion.