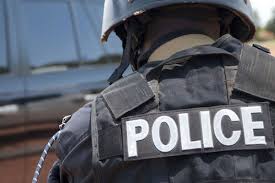 The Assistant Superintendent of Police Gregory Mugisha has dragged the government to court for being inappropriately convicted of fraud and dismissed from the police force.

Mugisha through his lawyers of Tumusiime, Kabega and Company Advocates says that on January 29th 2008 he was appointed as Cadet Assistant Superintendent of Police to head the Police department of Financial Fraud Unit where he worked until October 24th 2011 when he was wrongly terminated.

According to court documents, Mugisha tampered with evidence worth shillings 423 million when he faked a Cheque in line with his duty, arrested on May 8th 2011, charged and sent to Luzira Prison to serve a 2 and 3 years sentence respectively.

However, Mugisha appealed against both the sentence and conviction saying as the appeal was on going, Uganda Police wrongly dismissed him from the force without a fair hearing.

He now seeks a compensation of shillings 69.5 million being the money he was supposed to get in form of salary.

Now the Attorney General is to file his defense within fifteen days before the hearing of this matter begins before Justice Dr. Andrew Bashaija.