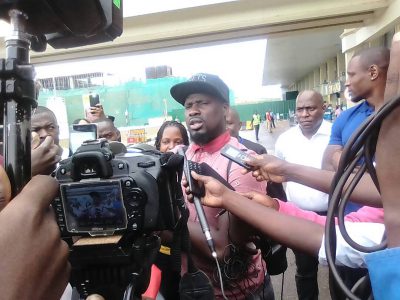 Uganda’s sports talented youths might have a smile if they march to the required levels to be connected to international football clubs.

This has been revealed by the former Arsenal star Emmanuel Eboue who jetted in the country for a three week tour to share experience with youth targeting to further their football talent.

The 34 year old star has been sponsored by Bungabet  Uganda whose Chief Executive Officer Prosper Tuhaise said they aimed at giving professional touch to Ugandans during the world cup tournament as they look for talent in foot ball one of the international employment opportunities nowadays.

Eboue advised the young stars to believe in themselves but above all be disciplined if they are to reap from their talent.

Eboue is Joining Ibrahima Sonko who is already in the country and part of the group analyzing the world cup on Uganda Broadcasting Service television (UBC) and will also engage in charity for the foster homes.