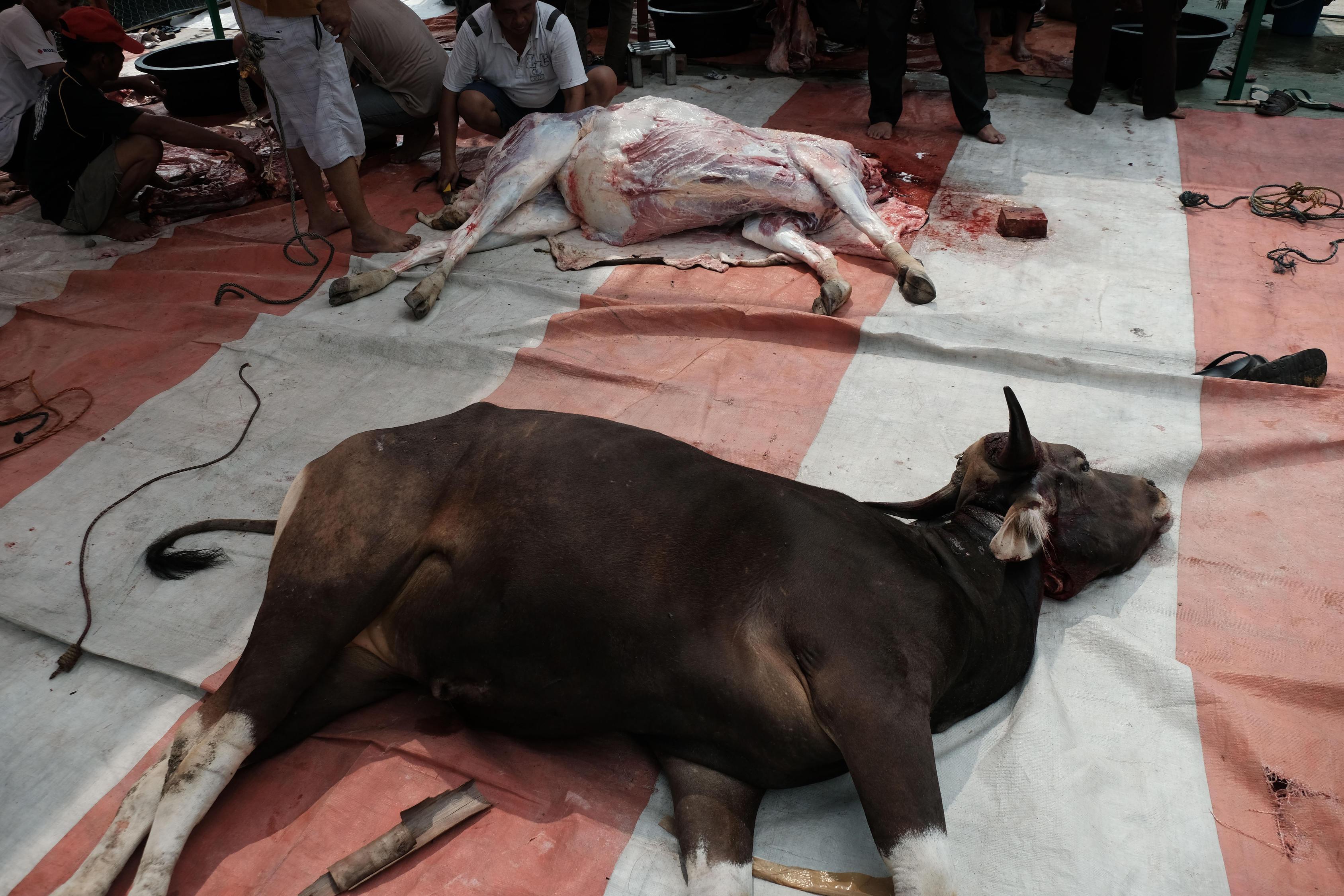 The City Abattoir along Port Bell road in Kampala has registered few slaughtered animals and law turn up of customers on today’s Eid-al-Adha.

Gerald Kato, the City Abattoir Chairman says that few animals have been slaughtered today compared to about 800 cows usually killed during such events including Charismas and Easter festivals.

Eid-Al-Adha is cerebrated by the Muslims world over including Uganda in remembrance of Prophet Ibrahim’s obedience to God by sacrificing animals and giving to the needy.

But, most of those who can’t afford buying live animals for sacrifice, do buy meat from the abattoirs, butchers or slaughtering places for their families.

Now, Kato says that the lockdown and stringent measures against Covid-19 spread have affected the transportation of enough animals and the movement of customers to the abattoir.

On prices, Kato says that the fewer number of slaughtered animals have contributed to the increase in the prices with a kilogram of meat now costing between 14000shs -15000shs from the 12000 shillings at the abattoir.