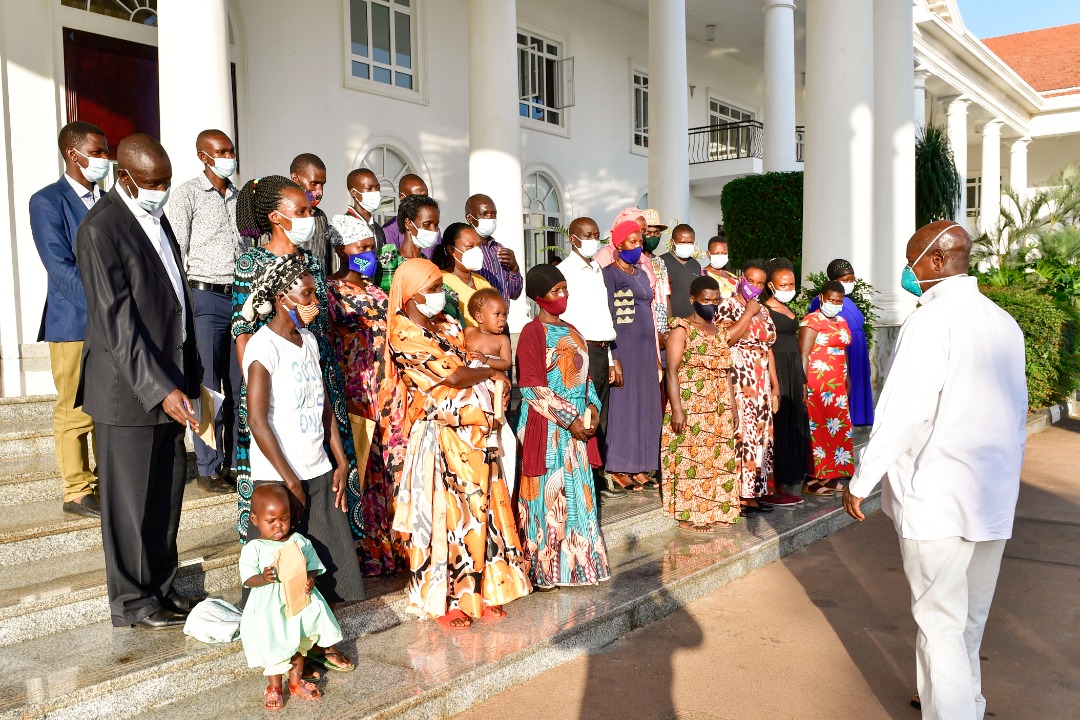 President Yoweri Museveni has hosted families of those who lost their loved ones to machete wielding group that has been terrorizing residents of greater Masaka region.

Museveni consoled widows, relatives and children of the deceased re-affirming his commitment to protect Ugandans and for Masaka in particular some suspects have been arrested because they left all sorts of clues that have helped the investigation team.

The president made a contribution of shs10 million to each of the 25 families in cash to the affected in the attacks.

Each of the 25 families was represented at the meeting held at State House in Entebbe last evening and they returned home with the money in envelopes.

A total of 26 people have been killed and a couple of others injured by machete welding men who have terrorized greater Masaka region in the past one month.

Speaking to the president, the group led by Mary Goretti Nkwanzi reported that the imposition of the curfew has given opportunity to the assailants to carry out the attacks without anyone noticing or stopping them.

Nkwanzi also said that Closure of schools has seen many youths resort to using drugs and drinking alcohol and it is some of those who are terrorizing them on top of lack of electricity, that has given opportunity to bad elements to hide in the dark, but President Museveni insisted that the people behind the attacks will soon be brought to book.