EC USED ALL THE ALLOCATED FUNDS ON THE SUSPENDED LOCAL COUNCIL POLLS. 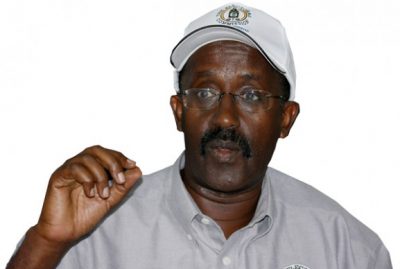 The Electoral Commission (EC) has disclosed to have utilized UGX 9.64 Billion out of a total of UGX 15.6 Billion allocated for the organization of local Council and women committee elections.

The EC Secretary Sam Rwakoojo explained to journalists at their headquarters at Jinja road that the balance of UGX 6.26 Billion has also been earmarked to settled arrears for the staff who handled the exercise across the country.

Recently, high court in Kampala and Jinja cancelled the village leadership elections following a petition filed by the former Uganda National Teachers Union (UNATU) Secretary General James Tweheyo challenging the exercise having been discriminative against Senior Six students who had not been considered yet they are eligible voters and candidates.

Rwakoojo said they are in negotiations with those who took the EC to court over the cancellation of the election, warning that once the process is nullified they will definitely ask for supplementary budget to handle the Local Council election exercise afresh.

He however, called on government to change the methodology of allocating funds through the mobile money process to avoid delays.