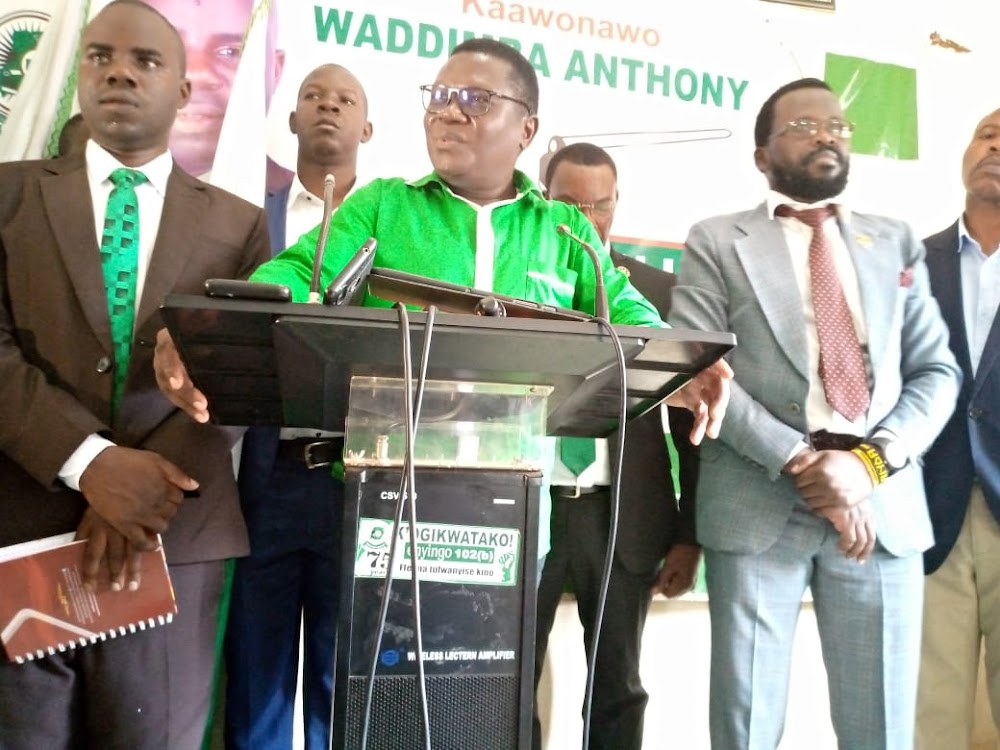 He has been unveiled by the DP President Norbert Mao at the party headquarters in Kampala noting that their candidate is fully determined to lead the district with experience in leadership and understands the area very well.

He notes that their campaign will be driven on taking back Kayunga district to the hands of the people.

DP’s candidate has been unveiled when other political parties have also unveiled their candidates as Harriet Nakwedde was declared as the National Unity platform candidate among others.

According to the electoral commission road map for the Kayunga by election , the nomination of candidates will be conducted from 29th to 30th this month, campaigns be held from 2nd to 14th December and the polling date will be on 16th December.

This seat fell vacant after Ffefekka Sserubogo the then LC5 chairperson   was found hanging on the tree.