Disaster preparedness should be supported with UGX 66 billion. 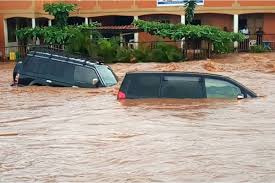 Ministry of Relief, Disaster preparedness and refugees seeks over UGX 66 billon to address current issues of disaster in the country.

Last week one   person was reported dead and 20 families displaced in Busano Sub-county in Mbale District after multiple landslides swept through several villages namely Buwangwa Upper, Shitega and Butsaale in Bufooto parish shortly after a heavy down pour on Sunday morning.

The Minister for Relief, Disaster Preparedness and Refugees, Eng. Hillary Onek says so far government has donated over UGX 40 billion to resettle people who were affected as well as giving them food and casual materials.

Oneck adds that many districts are experiencing disasters but people in prone districts only need to be vigilant because more rains are expected and they must stop deforestation.

He calls upon Ugandans as to continue observing SOPs because COVID-19 is real and here in Uganda.

Previous:
UCC dragged to Court over its directive on online media.