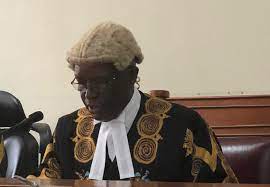 The Court of Appeal has upheld the conviction and sentence of over 30 years in prison that was awarded to three people who were part of a gang of robbers operating within and around Kampala.

The appellants who include; George Kavuma, James Mayanja and Richard Mujuni had petitioned the court of appeal seeking for their sentences given to them by high Court Judge Lameck Nsubuga Mukasa in 2015 to be reduced on grounds that the trial judge erred in law when he sentenced them to different sentences that is 41, 36 and 31 respectively which sentences were illegal, based on wrong legal principles, harsh and manifestly excessive given their circumstances of the case.

However, in their ruling, Court of Appeal Judges led by Kenneth Kakuru noted that Mayanja and Mujuni were awarded such a sentence because they were first offenders save for Kavuma who was given 41 years because he was a repeated of offender thus the trial judge didn’t error in any way and didn’t cause any miscarriage of justice because the sentences were worth the crimes committed.

The facts that were established in court before the conviction were that the appellants were part of a gang of robbers operating within Kampala who used to kill people, steal their vehicles and sell stolen vehicles at Mutukula on the Uganda-Tanzania border.

According to prosecution, the above convicts were caught after killing one Fuso driver on June 30th 2011 by hitting him with a hammer on the head and after they ran away with his Mitsubishi Fuso truck number UAP 366P which they later sold to one Kasana of Tanzania who had requested for it.