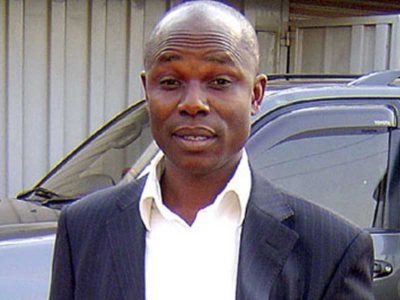 The constitutional court has ordered businessman Hassan Basajja Balaba to refund billions of shillings to Government that was illegally paid to him as compensation for losing tender to manage city markets and Constitutional Square.

In a majority decision of 3 justices, the High court is to determine the actual amount to be paid by Basajja Balaba and his Haba group after a thorough computation of the loss caused to Government thus the registrar of constitutional court has been directed to transmit the whole file to the high court for that purpose.

Justices ; Kenneth Kakuru, Geoffrey Kiryabwire and Elizabeth Musoke have ruled that the tender to run Nakasero, Shauriyako, Owino and Nakawa Market was unlawfully awarded to Basajjabalaba without the mandatory approval and consent by the Attorney General .

The 3 justices have also proceeded to concur with the Attorney General that the then governing body of the capital city (KCC) was wrong  to tamper with the Constitutional square and breathing space of the public by awarding it to an individual (Basajjabalaba ) .

Hence concluding that the 169 billion shillings that government paid Basajjabalaba in 2011 for cancelling his tender to run city markets was illegal, null and void.

A civil society organisation, Legal Brains Trust filed this petition in 2012 against Basajjabalaba, Haba group of companies, KCCA Attorney General and other 4 commercial banks for orders that Basajja Balaba returns the said money to Government coffers.

However other 2 justices of the Constitutional court; Cheborion Barishaki and Steven Musota had a dissenting view and dismissed the petition for lack of merit.