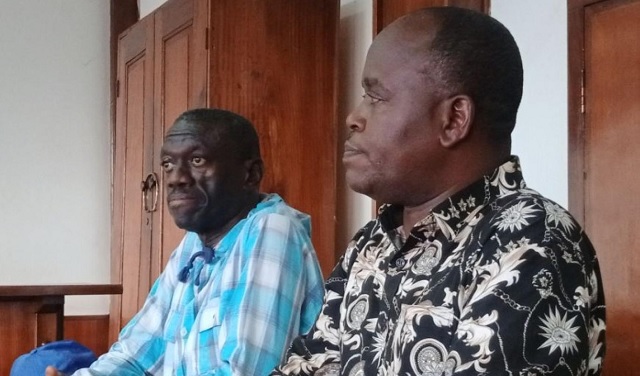 Opposition leader and former presidential candidate Dr. Kiiza Besigye together with his co-accused Samuel Lubega Mukaaku who are facing charges of inciting violence have run to the high court to appeal against the ruling of Buganda road Magistrates court which denied them bail.

Besigye a four-time presidential candidate, was arrested again on Tuesday last week and charged with inciting violence and this happened a week after his release on the same charges.

Besigye was together charged with his co-accused Samuel Lubega Mukaku before grade one magistrate Asuman Muhumuza and sought for bail through their lawyer Erias Lukwago presenting 2 sureties each but their application was turned down on grounds that the magistrate had no guarantee that if the accused were released on bail they wouldn’t be causing trouble again since they had just been released few days ago on 6th June 2022 on the same charges but they repeated the same thing.

They have now approached the high court to appeal against the Buganda road ruling presenting 8 grounds.

The matter is yet to be fixed for hearing.