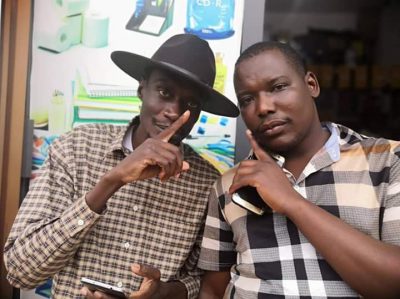 The High Court Civil Division in Kampala has directed that the applicants and respondents in the cancelled “Kyarenga concert” case to re-appear in court for oral submissions on December 13th 2019 and final wrap up.

Events promoters Abbey Musinguzi a.k.a Abitex and Andrew Mukasa a.k.a Bajjo challenged the Police decision of indefinitely stopping them from organizing ‘Kyarenga extra concerts’ in which Kyadondo East MP Robert Kyagulanyi alias Bobi Wine was the main performer in court to seek for help on May 5th 2019.

Today the two through their lawyer Erias Lukwago returned to court to hear their application before Justice Lydia Mugambe however, the judge fixed the said date for them to file their oral submissions and there after proceed with the case.

According to Lukwago, the concerts were to be at One Love Beach Busaabala in Wakiso District, Lira, Gulu and Arua and cost the applicants a lot of money exceeding 200 million Shillings.

He says as a result of the police directive his clients registered losses so they are seeking compensation and also want court to quash the decision by police to permanently block their concerts.

The Attorney General’s representative in the case Josephine Kiigi objected to their application.