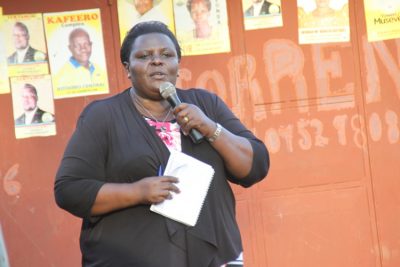 A security meeting held this morning at Wakiso District headquarters, authorities have decided to release all prisoners on small charges in prevention of the spread of Corona virus in prisons.

The meeting presided over by the head of security in Wakiso, RDC Rose Kirabira, said the district have limited protective gears to cater for all prisoners.

Meanwhile Kirabira implored Wakiso residents to follow the set guidelines by the ministry of health to survive contracting the deadly global Corona virus.

According to World Health Organization (WHO), there are over 420,000 cases of Corona virus and over 8,000 deaths worldwide.

Meanwile, Police in Mbale district has cautioned residents to desist from mob justice towards the people they suspect to be having Corona virus.

This followed mob in Namakwekwe, Mbale municipality, beating up an elder 73years from Norway whom they suspected to be having Corona virus.

However police spokes person Elgon region, Rogers Taitika said this is wrong and whoever found in such acts of mob justice will be arrested and charged.