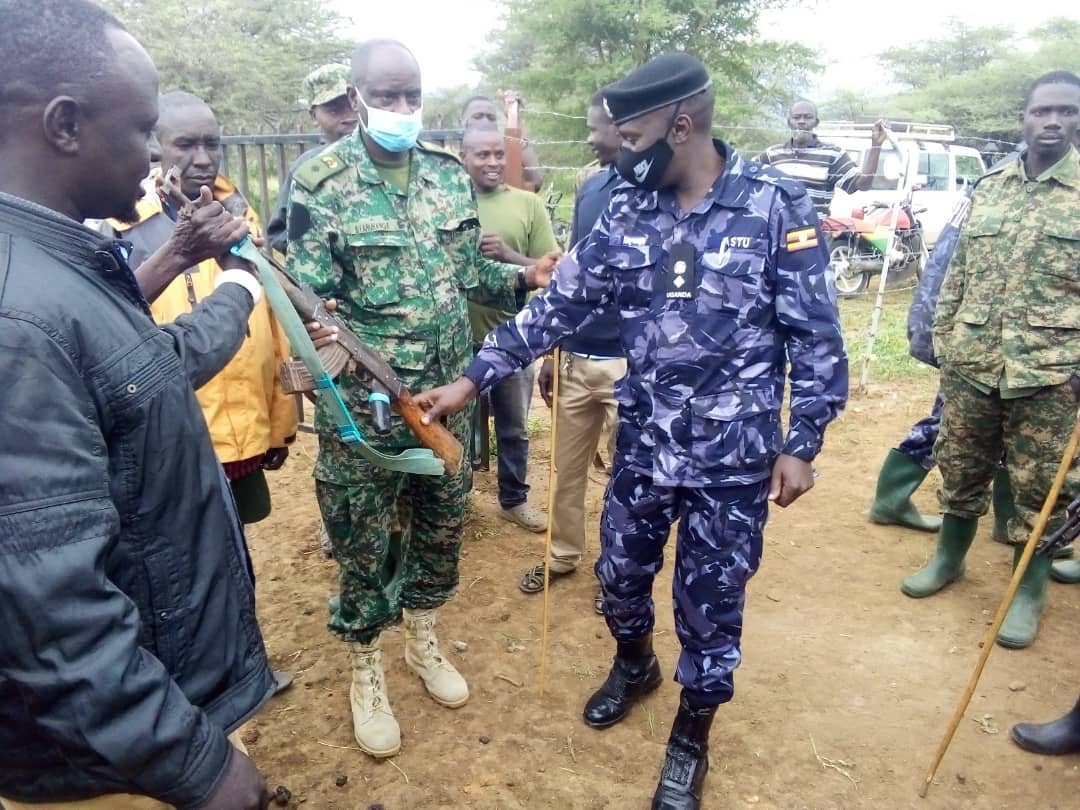 The ongoing cordon and search operation by the Uganda Peoples Defense Forces (UPDF) and Police has led to the recovery of 23 firearms from cattle rustlers across Karamoja region since the second phase of disarmament exercise started on July 17th, 2021.

According to Longole, they have not met any resistance since they launched the exercise where the army cordons off settlements while Police enters and conducts the search.

He notes that they recover between two to three firearms every day, adding that they are conducting the operation in full observance of human rights.

Samuel Abura, a resident of Panyangara Sub County in Kotido district has described the ongoing disarmament as peaceful compared to the previous exercise that was chaotic.

Jenifer Akidi, a business woman in Kotido Municipality says the presence of guns in Karamoja was frustrating developmental projects she therefore supports the disarmament exercise being undertaken by the army with support from Police.