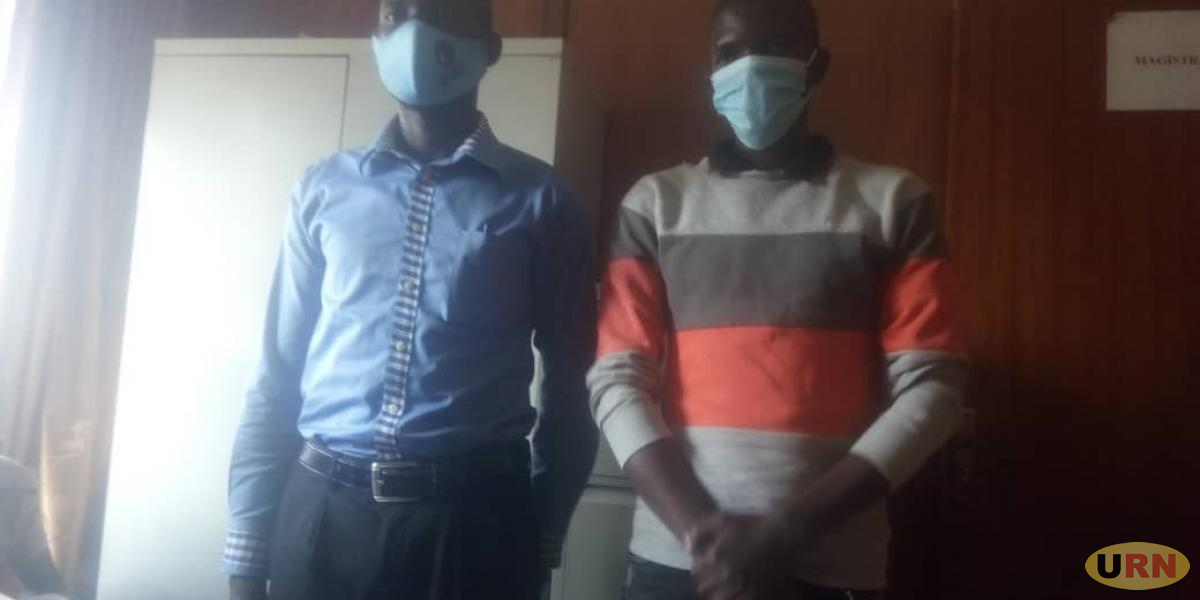 The Law Development Center (LDC) Magistrate Court has pushed to January the case in which two people are accused of inciting violence by dropping a casket demanding the immediate resignation of the Permanent Secretary Ministry of Health Dr. Diana Atwine for allegedly mishandling COVID-19 response funds.

Augustine Ojobile and Sharif Kawooya were arrested in August from Kasubi and Kawempe respectively with a coffin and placards with words attacking Dr. Atwine, “COVID-19 is not a profit venture,” read on the placards. In September, the two suspects were released on bail.

Today, Joy Apolot, the State Attorney told the court that the state needs more time to carry out investigations into the case.

She requested an adjournment until investigations are completed.

However, Ojobile and Kawooya decried the delayed hearing of the case adding that Kawempe police confiscated his phone worth 600,000 Shillings at the time of his arrest praying to court to order the police to return the phone.

But Apolot advised the accused to make a formal complaint with proof that the phone was taken.

Justice Alule Augustine, the LDC Court Magistrate adjourned the case to January 11 and ordered the prosecution to expedite the investigations.