All Ugandans from foreign countries test Positive of COVID-19. 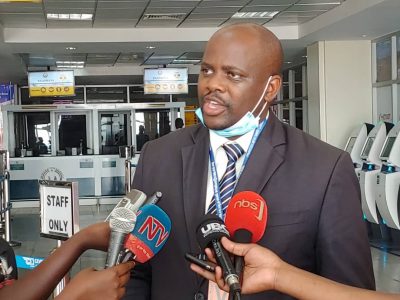 Eleven Ugandans who recently returned from Afghanistan have tested positive for COVID-19 according to results released from the health ministry today. All the 11 returnees were under quarantine at the time of testing.

The returnees are part of 19 cases that tested positive from a total of 871 samples tested yesterday.  Seven of the confirmed cases were picked from the communities within Amuru and Kyotera district, bringing the total number of confirmed cases in the country to 889.

The 11 cases are part of a group of 137 Ugandans who returned from the Middle East country on Saturday. Majority of the returnees were security guards.

Emmanuel Ainebyoona, the health ministry spokesperson says that the eleven cases are among travelers who failed to secure the negative test travel certificate before boarding the plane.

Previously, one of the conditions that all Ugandans had to fulfill before they can travel back was a negative travel certificate in addition to undergoing institutional quarantine on their arrival in the country.

At this time, it remains unclear whether the government has changed its stand on the need for negative travel certificates as a must-have but with over 2000 Ugandans expected to return in the next couple of weeks.

Previous:
Uganda urged to pray for safety and a transparent election.