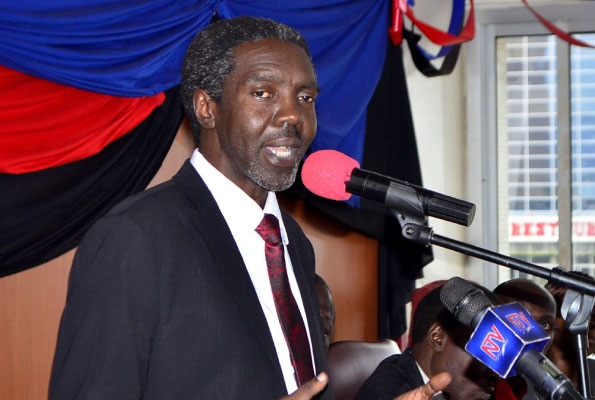 This follows the one Prof. Edward Kakonge who filled a contempt of court application in court against Jimmy Akena’s presidency and wanted it nullify his election plus paying him damages amounting to Shs300million for contempt of court order but on Tuesday this week, court ruled that it found no reason to continue wasting it’s time in such matters and dismissed the case.

Jimmy Akena while addressing the Journalists at the party headquarters in Kampala this Wednesday said that after the ruling it’s time for him and his cabinet to continue focusing on rebuilding the party from grassroots to capture power of this country again.

The former Lira Municipality Member of Parliament Akena adds that party members now need to come together in spirit of reconstruction, unity and work for the party at this material time where concerted efforts are most needed.