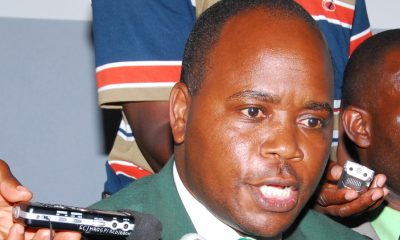 Speaking to the media in Kampala, Mukaaku noted that he has come over to instill a sense of credibility, transparence and accountability leadership, not based on tribal sentiments.

Recently, the former Luwero Woman Member of Parliament Brenda Nabukenya declared her intensions of contesting for DP Presidency and claimed to unite the party with People Power movement in the coming 2021 general elections.

Meanwhile, the opposition Democratic Party (DP) Youth League has accused senior members for becoming a burden for the party saying they need to be re-oriented on the principles, norms and values to avoid wrangles.

Christopher Okidi, the party Youth League leader told the press in Kampala on Tuesday that it was a shame for senior leaders in the party to exchange abusive words in the media and also bicker over elections that caused crisis meeting which only needed for the respect of the party constitution.