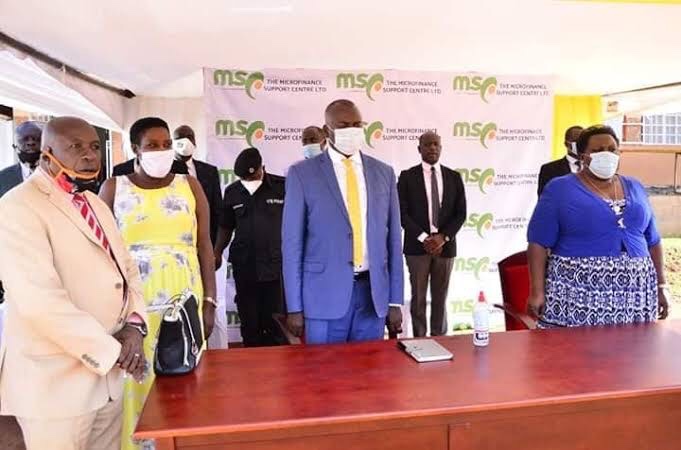 The State Minister for Kampala Capital City and Metropolitan Affairs, Benna Namugwanya Bugembe has indicated that about 140 registered SACCOs in Kampala their accounts have been credited with money under the Emyooga Presidential Initiative.

Emyooga project was launched in October last year by President Yoweri Museveni with the aim of extending seed capital to 18 groups of law income earners involving jobs like Taxi operation, Bodaboda riders and Market traders among others.

Recently, 50bn shs were allocated targeting 800 groups of Sacco’s with Kampala sharing 26bn shs and 14bn shs for Wakiso district yet 10bn shs for people who don’t belong to the 18 groups.

Addressing the media in Kampala, Namugwanya said that 23 Sacco’s in Makindye have received 730mshs, 23 in Kawempe got 730mshs, 56saccos in Central received 1.64bnshs and 19Saccos from each of both Rubaga and Nakawa have got 570mshs.

However, in Wakiso, Namugwanya explains that 333 Sacco’s have been created and approved by the Microfinance Support Center from the targeted 486 Sacco’s in that district and those confirmed are soon receiving their money.

Meanwhile, Namugwanya calls for calm in Kampala and Wakiso during the elections saying that it requires very voter to go back to their homes after casting their votes to avoid crowing on the polling stations that could result into violence and Covid-19 infections.