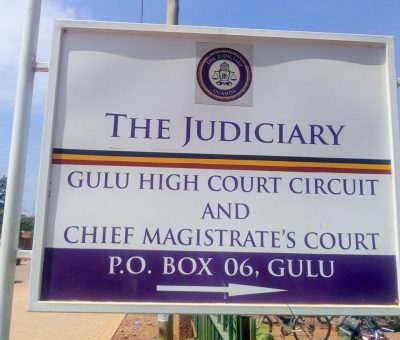 Others are Gerversio Byamukama, Bosco Okello and Ronald Businge. Meanwhile one of the accused Nelson Funga did not appear before the court.

They are being accused of 38 counts of aggravated torture.

Court heard that the officers on April 2nd at Elegu Town Council in Amuru District, intentionally inflicted severe pain or suffering on 38 victims for allegedly disobeying a curfew. However, they all pleaded not guilty.

Prosecution led by Jerome Anyina told the court that Funga who did not appear before the court shall appear in the subsequent hearing.

Francis Dawa Matenga, the Chief Magistrate of Gulu High Court remanded the suspects until May 7th.

Meanwhile, the six army officers who were arrested together with the police officers are to appear before the court-martial at the 4th Division Army Barracks in Gulu town.