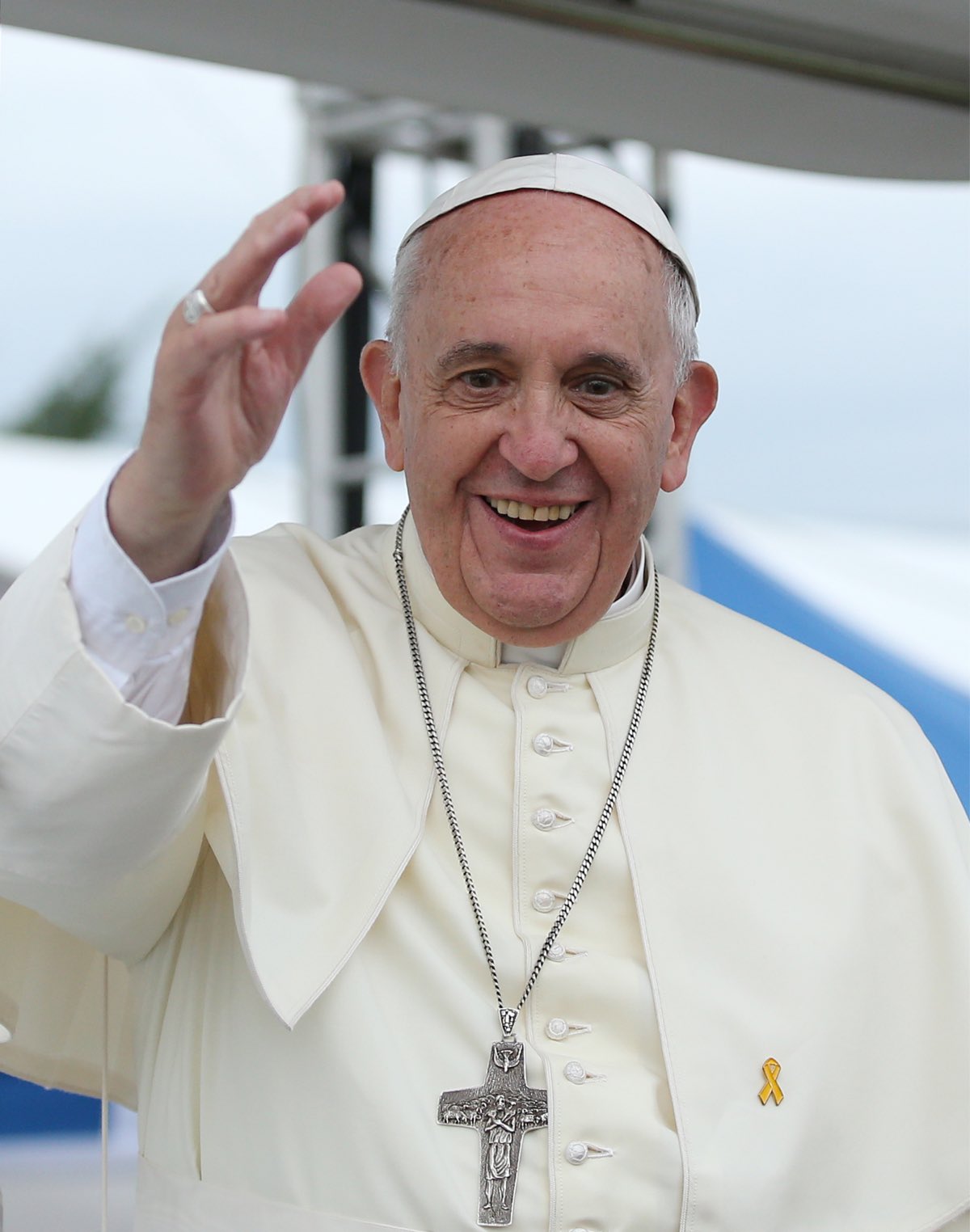 The Democratic Republic of Congo has started preparations for the visit of Pope Francis from 2nd  to 5th  July this year.

In his 37th Apostolic Journey outside Italy Pope Francis announced his visit to the cities of Kinshasa and Goma, a visit that bears the words “All reconciled in Jesus Christ.”

The mission of his visit has already received a Logo and motto and according to the local organizing committee for the papal journey, the logo features a map of the African country DRC with the contours in the design displaying the colors of the flag, the earth’s biodiversity and an open border to the west as a sign of the warm welcome given to this great event and the fruits it will bear.

In the biodiversity found in Congolese territory, mountain areas, present in all regions, especially in the east where a volcano has erupted often, affecting the population of Goma is given vivid expression, flowing water that reflects the hydrographic richness of the country, including the Congo River and its waterways, as well as the various lakes.

Finally, the tree points to the entire flora of the Congo that represents the uniqueness of this land, Africa and the planet, the okapi, half zebra and half giraffe, an animal symbolizing the DRC, representing the richness of the Congolese fauna.

Pope Francis will also visit South Sudan in July and A four-person committee of men from Sudan and South Sudan Catholic Bishops’ Conference (SSCBC) has been set up to commence the preparations for the papal visit according to the Local Ordinary of Juba Archdiocese Archbishop Stephen Ameyu Martin Mulla.

The Papal visit has repeatedly had to delay because of security concerns in South Sudan due to insecurity. At last his visit will mark the 11th anniversary of South Sudan’s secession from Sudan. There will also be prayers for over 400,000 people that died in the Civil war that erupted two years later in 2013, and inspite of the peace deals signed in 2018, hunger and deadly clashes continue to cause havoc across the country.