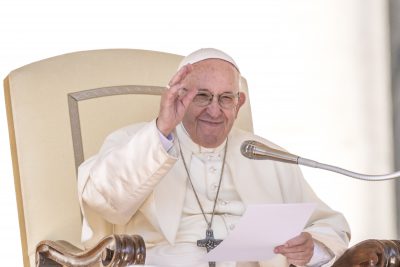 His holiness Pope Francis has reminded the world that abortion “suppresses innocent and helpless life in its blossoming.”

In his general audience today, Pope Francis posed a question whether it’s right to take a human life to solve a problem. But rather an act similar to hiring a hitman,”

He said for reasons of parents who learn that their unborn child will have a disability need “real closeness, true solidarity, to face reality overcoming comprehensible fears,” than thinking of killing them.

His statement has come at a time when Cardinal Gérald Lacroix the Archbishop of Quebec in his special update to the media on the synod of the Bishops on Young  people saying that Young Catholics, particularly clerics, need better formation on sexuality, affectivity, and the body if they are to help young people not to fall victims of sexual abuse.