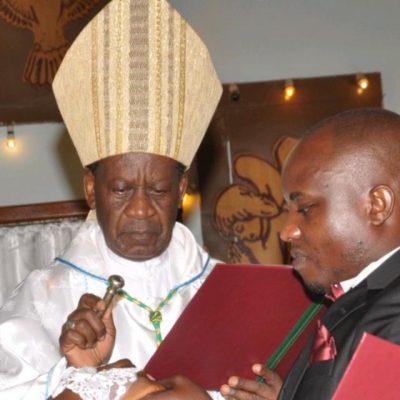 The Catholic Church in Uganda has announced the burial arrangements of Bishop Emeritus of Moroto Diocese, Rt. Rev. Henry Ssentongo.

Bishop Ssentongo passed away last night at Nsambya Hospital in Kampala at the age of 83.

According to the statement issued by the Chairman of the Uganda Episcopal Conference Rt. Rev Bishop Joseph Antony Zziwa together with the Bishop of Moroto Diocese, Rt Rev. Damiano Guilio Guzzetti signed by the UEC Secretary General Msgr. John Baptist Kauta, the burial program will begin on Sunday December 15 with a requiem mass at Lubaga Cathedral at 1.00pm.

Then the body will be transferred to Kitovu Cathedral where it will be prayed for and later transported to Bukalasa Minor Seminary Masaka Diocese where it will be laid to rest in the Seminary Cemetery on Monday December 16th 2019 at 2pm starting with a mass at 11am.

The late Bishop is a born of Kalungu district and studied at Kalungu Primary school and Villa Maria Primary school before joining Bukalasa Minor Seminary and later Katigondo Major Seminary where he stayed for only one and half years upon before he secured a scholarship to Urban University in Rome in 1957.

He breathed his last at around 11.00pm on December 11, 2019 at Nsambya Hospital where he had spent almost a month with ill health. May His soul Rest in Eternal Peace.